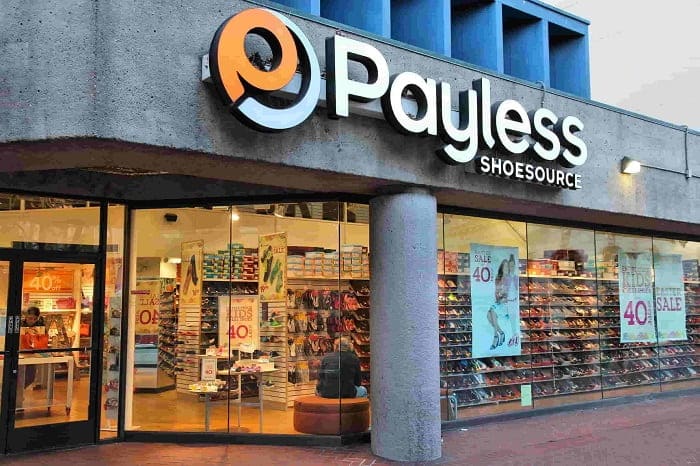 The discount-shoes retail chain, Payless ShoeSource Inc. announced that it would be shutting down its business in the United States. Along with the retail stores, the company will also be ending its e-commerce business in the country.

Payless will be closing all of its 2100 stores across the US and Puerto Rico in the coming months, said a spokesperson of the company on Friday, liquidation sales will commence from today and the stores will begin dropping their shutters in March, though most of them will stay open until May. Reports have surfaced claiming that the company could file for bankruptcy by the end of this month. This will be the company’s second bankruptcy filing in 2 years.

Payless Inc. was founded in the year 1956, in Topeka, Kansas. As of date, the famous shoe retail chain has a presence in more than 3600 locations across 40 countries and, as per its website, employs over 18k personnel. In an official statement the company, through its spokesperson, said that its international franchises and Latin American store would not be affected.

The company claims to be the largest specialty footwear chain in all of the western hemisphere. Payless acquired debt in 2012 as a leveraged buyout by Golden Gate Capital and Blum Capital Partners, which it has struggled to manage ever since. Following this, the company first filed for bankruptcy protection in April 2017 and closed 400 stores at that time. Subsequently, it restructured and shed millions of dollars in debt. However, that does not seem to have been enough to save the ailing company.

Payless is not the first retail chain to shut down its operation in the US. Several iconic chains like Toys “R” Us, have been pulling down the businesses for the past two years. Retail brands like Shopko, FullBeauty Brands, Charlotte Russe, Things Remembered, and Gymboree have filed for bankruptcy this year.

Reports had surfaced previously claiming that Payless Inc. had been trying to find buyers for itself but could not find one. However, the retail chain thinks that there might be a small chance a buyer could emerge after the bankruptcy filing which could help save the store. It also sought a loan to get through bankruptcy proceedings.

It has become a common norm for retailers to try and use bankruptcy code to reorganize by shedding debts and closing stores. More often than not, these companies end up with a second bankruptcy filing within a few months. Payless is another brick-and-mortar retail chain to suffer market Penetration by e-commerce giants like Amazon. E-tailing or online shopping has resulted in a significant drop in foot traffic in malls and retail outlets in the US, which were predominantly a vital source of customer engagement for companies like Payless.

The advent of e-commerce has been a double-sided affair for economies across the globe. On the one hand, it has brought a variety of options to choose from at competitive prices for the customers. Consumers now have quality products from various brands at the tip of their fingers, which makes the “consumer-is-king” scenario a reality. But on the other hand, its e-commerce has severely impacted traditional stores across all major world markets like the US, Europe, India, etc. With Payless deciding to close down 21,000 stores, it becomes worrisome when we consider the number of jobs which will get vanished in the process.