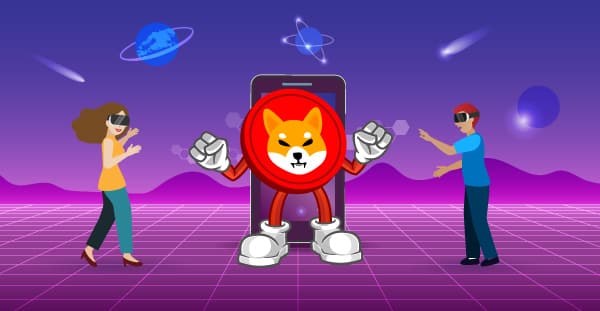 2021 has given Shiba Inu a dreamy start. The coin has become the most viewed cryptocurrency of the year in just a year since its launch. What startled the crypto communities was the meme coin’s ability to defeat even Bitcoin, the crypto-lord, in terms of popularity. By mid-2021, the coin posted its best value bringing the investors a thousandfold profit. However, the second half has not been as profitable, and the coin has not recorded any significant movement ever since.

The meme-coin, however, plans to keep the market relevant for the times to come. So, we have seen several announcements like the ShibaSwap, DAO1, and the Shiboshi NFT projects. These plans were welcomed with enthusiasm by the Shiba community. But the pull was not enough to keep the coin’s price from falling any further below. The Shibverse concept would provide the positive impetus needed for the growth of the Shiboshi market.

About a week ago, Shiba Inu had announced its plans for a metaverse project. The tweet from the meme-coin gave us a look at what is thought to be the concept art of the Shibverse. The picture depicted a Shiba dog in what seems to be a jungle with its canines holding a pickaxe. The project was announced after the coin was criticized for its lack of utilities or real-world applications. Recently, several big names like AMC Entertainment have expressed their plans to adopt Shiba Inu, giving the coin some practical relevance. The metaverse, on the other hand, hopes to create a self-sustaining infrastructure for the meme-coin.

The popularity of the metaverse concept has made it one of the most profitable areas to explore right now. The ongoing projects like Sandbox and Decentraland have been met with great success recently. Some of the popular names in business have established their spaces in these virtual spaces. On top of that, the rebranding of Facebook as Meta and new announcements from Walmart have kindled the curiosity of the Internet community.

Shiba Inu has been in a slump since 2021. Even whale activities could not rescue the coin from the dip. The announcement has made some positive changes to the graff. However, the hike was insignificant enough not to put a stop to its freefall. The coin currently floats around the $0.000025 range. The sentiment for the coin remains anchored to the bearish end, and investors seem no longer excited about the coin owing to the continuous loss they made. Read this Shiba Inu coin price prediction from CryptoNewsZ to know more.