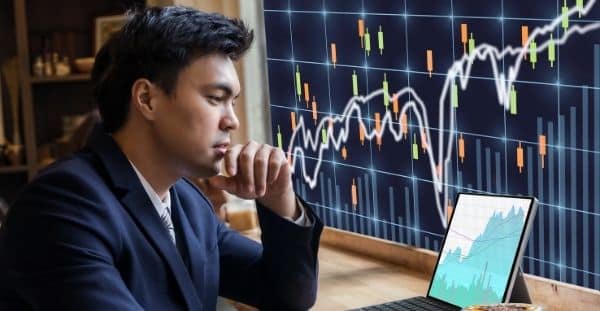 The Asian shares performed well and advanced upwards along with the U.S. long-dated bond yields edging up to a new five-month high. This rise has brought optimism about the economy at the global level and corporate earnings. But things did not go very well for the Yen. It slipped down to a four-year low by Wednesday.

The S&P 500 Benchmark Index was able to gain 0.74%, which was just finishing 0.4% below the September beginning record. The CBOE Market Volatility Index fell by 0.6 points after it had earlier hit its lowest level of 15.57 since the middle of August. Japan’s Nikkei rose by 0.8% when the MSCI’s broadest index of the Asia-pacific shares outside of Japan added 0.3% and was led by 0.9% gains in Australia.

Many high-growth shares (like tech shares) that could have been sold on the rising bond yields are rallying, clearly depicting that there is strong optimism amongst investors about upcoming earnings. Many companies are going to soon publish their earning reports all over the world. Results of the Tesla and the Dutch Chip-making company are expected to be released by Wednesday.

The U.S. Bond yields saw a positive mood, where the U.S. ten-year treasury bonds yield climbed high to 1.662%. However, the shorter-term yields dipped. The two-year yield of the U.S. treasury slipped to 0.404% right from a Monday peak of 0.448%. Traders have been estimating that the U.S. Federal Reserve might turn hawkish at the recently upcoming policy meeting in November.

In the currency market, increasing U.S. yields helped in boosting the U.S. dollar against the Yen to four years high at 114.585 per dollar. The wide trade deficit had made a dent in Japan. The Bank of Japan decided to stick to losing monetary policy even though the central banks of many countries moved forward for tighter policies.

The U.S. crude futures were trading at $82.65 per barrel, which is down by 0.4%, but still close to the Monday peak of $83.18. Oil prices are still on a rise because of the energy supply crunch being experienced all across the world.

Federal Reserve Urged to Opt for “trading Blackout” in 2020