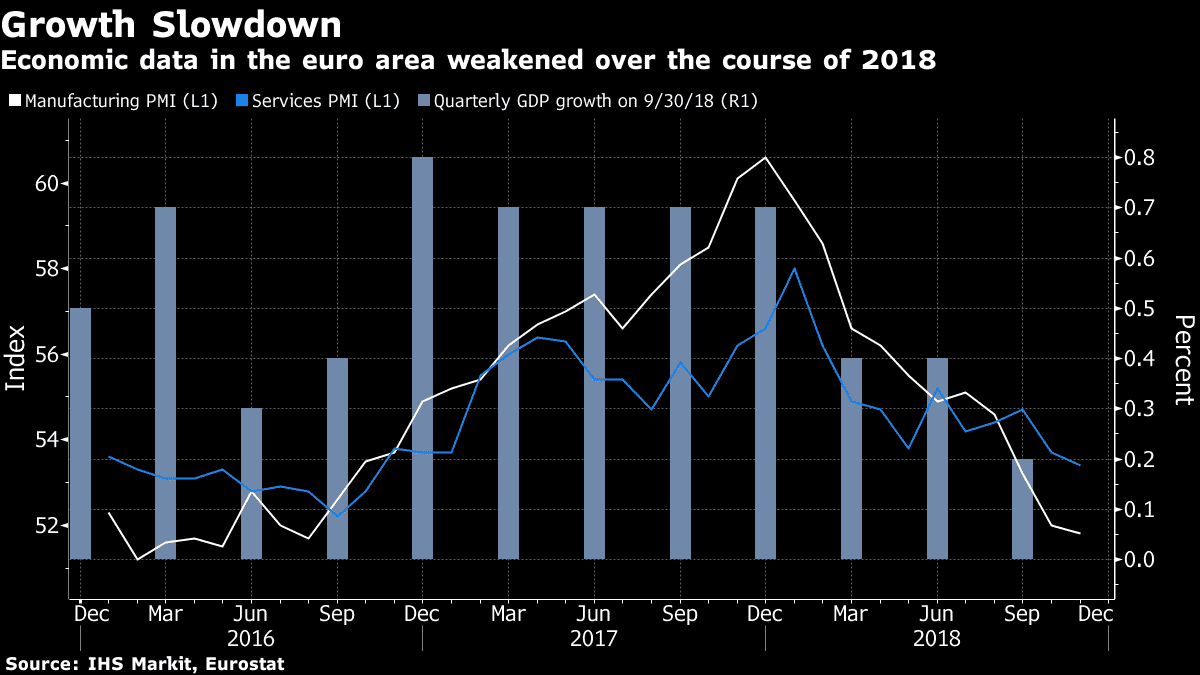 The latest news from Davos, Switzerland where the annual World Economic Forum is being held is that as per the analysis of former policymakers, investors, top executives, and bankers there is no recession in sight. They argue that though the growth in the global economy is slow, it is not slow enough to cause a recession. Here are some of the reactions from top execs.

Philipp Hildebrand who was a banker in the Swiss central and is now the Vice Chairman of BlackRock Inc said that ‘We’re slowing, but we’re still growing. The chances of a recession short of a major mistake or accident this year is limited’.

IMF MD Christine Lagarde who had said that the risks are high as the economy is not growing as strongly as it had two years ago said that it does not mean that there is going to be a recession soon.

VC of JP Morgan Chase Jacob Frenkel said that ‘I would not even call it a slowdown. There is already the ingredients of ‘gee, we’re about to enter another recession.’ That’s not the case’.

United Parcel Service, Inc CEO David Abney said that ‘I do not see an economic slowdown. There is still a healthy increase in consumer spending’.

These reactions come as good news to investors as the last few months have been shaky for the financial markets due to many economic challenges which include the China economic slowdown, the tussle between China and the US on trade, Brexit, the US government shutdown, fluctuating crude prices and much more. To top it all, the recent International Monetary Fund report released a few days ago cut the growth to 3%. It said that it was the slowest growth recorded since the year 2016. It predicted that the global economy would be a little better next year. This report added more headache to the already worried investors.

Among the major risks that were discussed in Davos, one of them was the monetary policy of the central banks. Most major economies resort to a loosened monetary policy as a reaction to the slow growth. The concern is when the recession does hit; the central banks will no longer be able to make rate cuts as it will be lower when compared to the prior slowdown. Axel Weber, President of the UBS group, said that Central Banks in Europe missed the opportunity to have a tight monetary policy and could end up paying a heavy price for it.