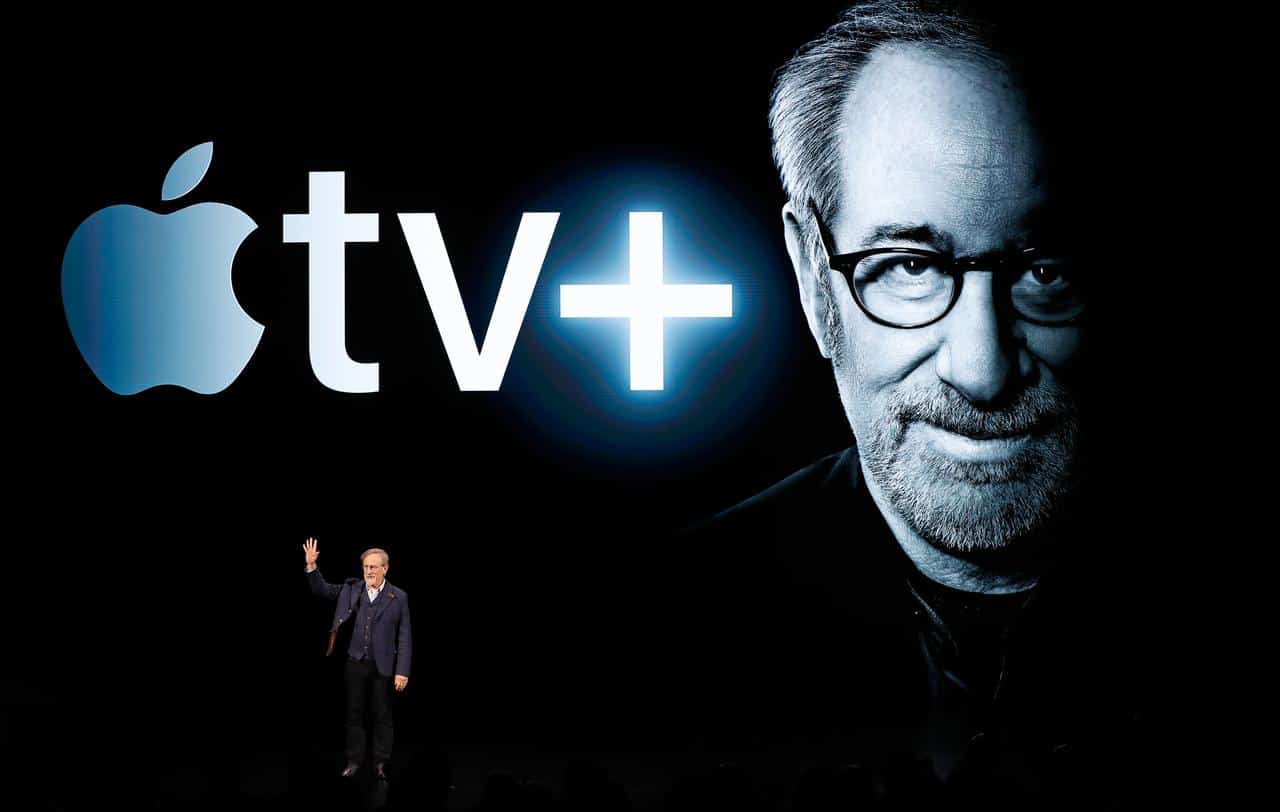 The American tech giant announced a path-breaking new development for the company yesterday, as it unveiled its plans to launch a TV streaming service on the lines of Netflix yesterday. The event took place in California and was attended by the stalwarts of Hollywood like Steven Spielberg, Steve Carell, Reese Witherspoon, Oprah Winfrey, and Jennifer Aniston among others. The name of the service is Apple TV+, and it is Apple’s attempt to go head to head in a market, which has been pretty much cornered by the likes of Amazon Prime Video and Netflix.

Although the actual subscription fee has not yet been revealed, it has been announced that Apple TV+ is going to be made available on devices other than those manufactured by Apple. Hence, it will be possible for subscribers to access the service from Smart TVs made by Sony, LG, and Samsung, while those with an Amazon Firestick and Roku will also be able to access it.  Steven Spielberg unveiled the service at the glittering event, and the legendary filmmaker is also going to produce shows for the service. The platform will also host shows that are now available in HBO and Hulu. However, the company is expected to produce its own content as well.

However, it is also important to note that Netflix remains the number one product in this line of business and it remains to be seen whether Apple can actually produce original content that can challenge the hegemony enjoyed by it. This year Netflix is expected to invest billions of dollars on new content, and that is where the challenge lies for Apple. On top of that, Netflix has also expanded rapidly into new geographies, and it remains to be seen whether Apple TV+ can actually find such a global subscriber base quickly. A film production expert spoke to the BBC and stated,

“The test for Apple will be, can new content separate them out from their competitors and can they commission and deliver on fresh new content that can reach audiences in the same way that Stranger Things has for Netflix for example?”