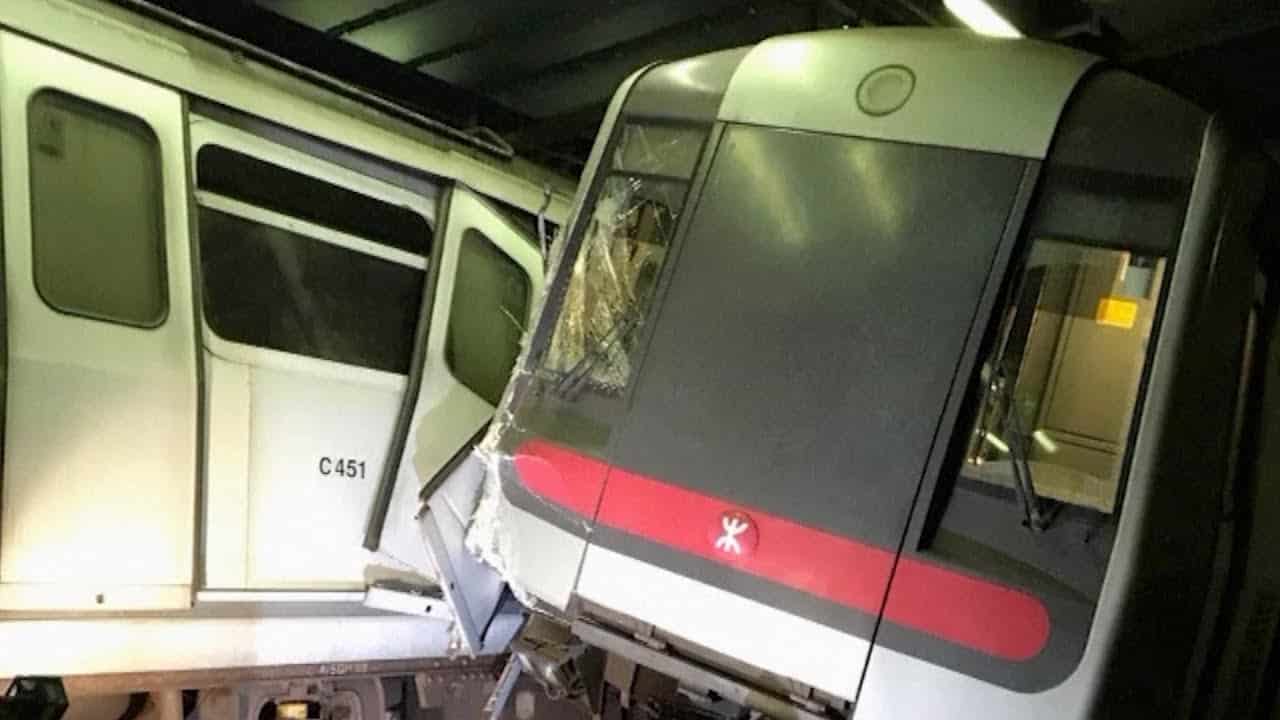 Two subway trains collided in Hong Kong during a test run of the new signaling system. This is the local rail operator MTR Corp’s second mishap in recent months.

According to MTR, the collision occurred at 3 a.m. on Monday when the train services were not open to the public. Adi Lau, MTR Operations Director, said that the two drives were immediately taken to the hospital. One of the drivers has sustained a leg injury.

Hong Kong’s subway system is often lauded as the best in Asia. It transports millions of passengers to different destinations during the weekends. The accident on Monday has occurred five months after a signaling glitch occurred on four subway lines resulting in chaos during the morning rush hours. The delay lasted over six hours. The railway firm attributed the cause to a signaling fault.

As a result of the collision, the services between Admiralty and Central were suspended for the day. The Tsuen Wan line serves the man business district in Hong Kong.

MTR Corp spent HK$3.3 billion in 2015 to upgrade the signaling systems on 7 lines. This included the Tsuen Wan line, where the collision occurred on Monday. The other 6 lines are Kwun Tong, island, Disney, Tseung Kwan O, Airport Express and Tung Chung.

The signaling system on the Tsuen Wan line was to be completed last year. The contract to upgrade the systems on the seven lines was awarded to Tales who was in a joint venture with Alstom.  Thales is responsible for providing the SelTrac CBTC system.

MTR shares experienced a drop of about 1.3 percent before rising 0.3 percent in Hong Kong.

According to Jacob Kam, Managing Director at MTR, the preliminary investigations into the collision have indicated that the new signaling system seems to have a problem. KAM also said that MTR would be investigating further before assigning a definite cause for the incident.

The signaling system might also be behind the crash in 2017 in Singapore’s subway that resulted in 38 people getting injured according to Lam Wai-Keung, the Hong Kong Federation of Railway Trade Unions Chairman.

Frank Chan, the secretary for transport and housing, is in contact with the MTR Chairman Frederick Ma and has requested an urgent board meeting in order to investigate further about the collision.

The MTR board prepares to meet on Tuesday. The company has announced that repairs might take more than a day and the public will be notified in due course.